Almost one-hundred percent of business trips booked by companies in Europe have been suspended or cancelled, according to a recent poll carried out by the GBTA (Global Business Travel Association).

It is a similar scenario around the world as the Coronavirus has made it impossible for airlines to fly, thereby affecting a lot of business-class fliers. Indeed, all corporate travel has been suspended amid fears that the joyride for business trips may have finally come to an end. The future of business travel is in the balance and it remains to be seen if this break is going to be a permanent one.

The worst-hit in all of this is the global business travel sector which is expected to have as much as £655bn ($820 billion) in losses this year with £154bn ($190bn) of those coming from Europe. And it looks like right now, there is no clear-cut plan in place on how to get things moving again. According to GBTA’s executive director and COO, switching off the systems was quite easy, but switching them back on will be extremely difficult. He said: “It will take three to four years to get back to 2019 levels because in 2019 we were in the middle of the strongest economy in the history of the world.”

Presently, there are major health concerns around all forms of travel, business travel included. And according to Mark Manduca, an aviation analyst at CITI, “There’s a health issue more than anything else, airline bosses have already discussed wearing masks throughout a flight; leaving the middle seat empty; and adding temperature screenings to the security process. Future flights, even if you’re in business class, are starting to look, at worst, like a breeding ground for bacteria, and at best, like quite an ordeal. It’s hard to see how my appetite for travel as an individual is not going to shift.”

There seems to be an apparent lack of coordination in all of this. Firstly, nobody knows if sitting for long hours in a tightly-sealed tube with more than a hundred other people is a smart medical decision under the present circumstances. Will executives be barred from entering London just because they had business meetings in Frankfurt or Taiwan a couple of days before? Or will passengers on trips from Amsterdam to New York have to do a compulsory two-week quarantine on either leg of the trip? These are the pertinent questions that need answers.

Business aviation might just be the answer. Apart from the fact that you won’t have other passengers, mostly strangers, breathing on you, with private aircraft you’ll probably be in the air much faster than commercial airlines. Athar Husain Khan, the European Business Aviation Association secretary-general says “We believe that we could be one of the first movers because of our flexibility and agility, and the fact that we can start operations swiftly will certainly have it’s impact on the market.” The EBAA is a body that represents on-demand airline markets from emergency medical flights to corporate jets.

For on-demand flights, it’s been business as usual, even though they’ve seen a drop in sales. “More than 40 per cent of traffic in Europe at the moment is facilitated by business aviation,” Khan says, instead of the usual eight percent traffic.

In reality, most people won’t want to risk their lives just to be on a business trip. And since some companies can afford to hire a private jet, they will do so. “Remember not every company is laying people off, there are corporations in the world that are thriving in this environment,” says Solombrino, while making a veiled reference to companies like Amazon and Walmart. “The whole world hasn’t just stopped. There are people moving around, and people have definitely been using private aviation,”he says.

But are private jets a long-term solution? Solombrino doesn’t think so: “It’s not sustainable, but it might be a short term option until the general aviation system has worked out the kinks of what it takes to be able to fly.”

When it comes to loyalty perks, commercial airlines are still way ahead of business aviation, providing a means for mid-level execs to fly around for cheaper. But will that be enough to get them flying commercial again? Clearly, the desire to stay healthy will beat any appeal that points and miles hitherto had with frequent business flyers. “If I’m travelling less for emotional reasons,” says Manduca, “then to expect that I’m going to travel more if you give me more points…I’m not sure if that acts as enough of an incentive.”

Taking a cursory look at the situation, business aviation seems to have the upper hand when it comes to health. It clearly does. However, as Manduca reiterates, the health effects have a lot more to do than just getting on and off a plane. “There are lots of advantages to taking your own plane or leasing one out on a per hour basis,” he says. “But the real problem here is you may have bottlenecks at airports that go on for hours, you may have quarantines that go on for weeks, and that’s what businesses are going to be thinking about.”

So, if you send an employee on a business trip, you just might be risking having them out of action for many weeks. “It doesn’t sound like the most effective way to run a business,” says Manduca, “especially at a time where there are already cash constraints.”

However, that doesn’t signal the end of business trips. It just means they’ll be less frequent and structured in a different way. For instance, six different trips to LA could be replaced by a two-month-long stay filled with meetings.

“I don’t think people have thought this through in its entirety just yet, there are a lot of check marks left to put on the paper before we can get back to a new sense of normal,” says Manduca. “But the new sense of normal is definitely going to be travelling less.”

Ben Baldanza, former CEO of Spirit Airlines, in an interview with CNBC, said he believed business travel is set to lose between five percent and 15 percent of its traffic before Covid-19. He said: “I can see some permanent or longer term lag to bring back business travel. I actually worry more about the business travel long-term than the leisure travel…You’re not going to take your vacation through Zoom or Skype.”

Solombrino, however, is not convinced. “The people who own Zoom would like you to have to Zoom forever, but people have ‘had it up to here with Zooming,’” he says, “it’s going to have to end sooner or later. I’ve seen this picture in the financial crisis, I saw the same picture after 9/11, and in 1987 when the stock market crashed.”

The death knell for flying has been sounded so many times in the past, Solombrino claims, with every disaster said to signal the end of flying. He disagrees with these forecasts: “It’ll take time and effort, but it’s not going to go away, and I believe that in three to four years we will all be back, as long as the economy is keeping pace.”

The upside for business travel is our love for human interactions. The Harvard Business Review asserts that a face-to-face meeting is 34 times more fruitful than an email. And Solombrino seems to agree: “The travel people will win in the end because people still want human interaction, it’s a business style that’s not just going to change,” says Solombrino. “You might not shake hands, but you’re still going to do the meeting.” 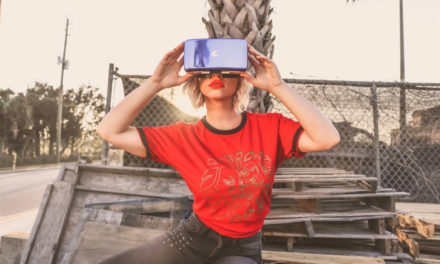 Virtual Reality Technology- the future of travel and hospitality 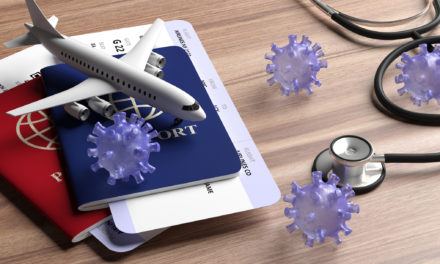 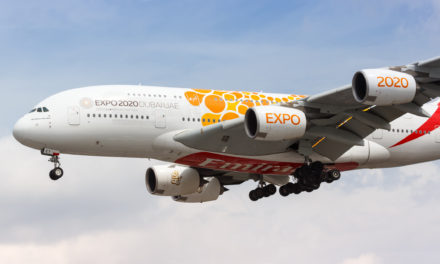 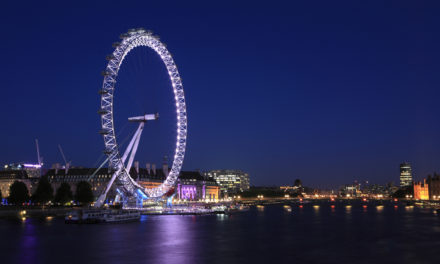